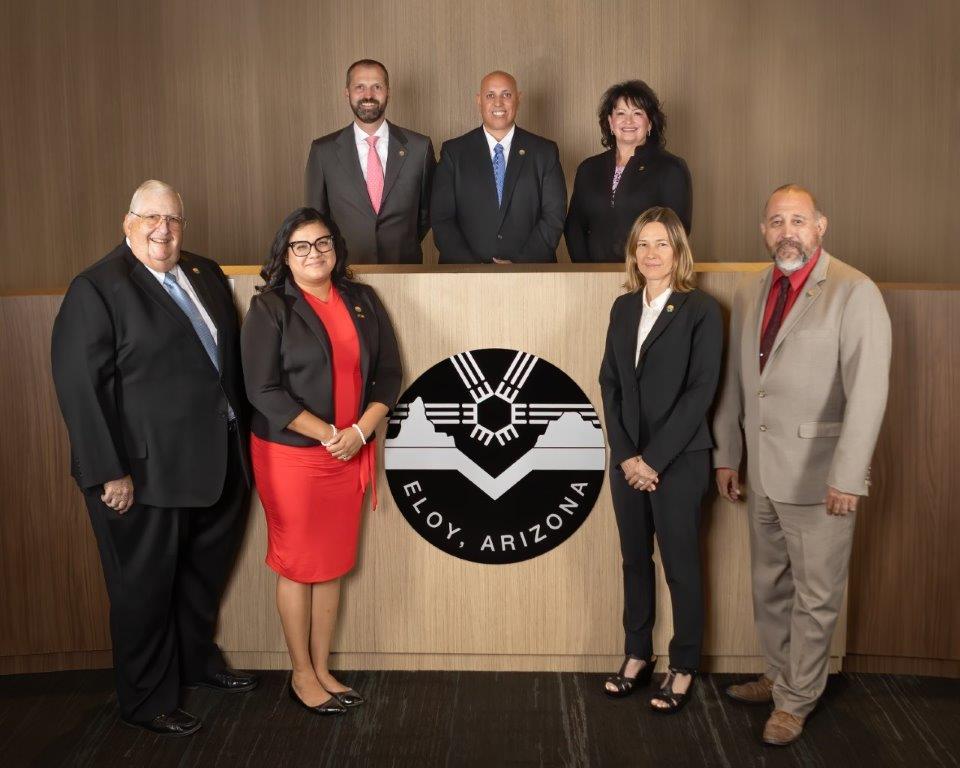 Operating under the Council-Manager form of government, the Mayor and City Council are responsible for setting policy guidance and fiscal priorities and management to administer the operations of an economically and environmentally sustainable City for its existing and future residents, businesses, and visitors.

The Eloy City Council consists of a Mayor who serves a two-year term and six City Council members who each serve four-year terms. These positions are elected at large on a nonpartisan ballot and are the only elected positions in the municipality.

Elections are held in the fall of even-numbered years on a rotating basis, so three seats are up for election every two years. Council members serve staggered terms to ensure continuity.  If a candidate obtains an adequate number of votes for an election in the primary, then he/she is not required to participate in the general election.

The City Council meets on the second and fourth Monday of each month unless otherwise noted.

For agendas, minutes, and statements of legal action that are over one year old and not listed on this website, please contact City Clerk Mary Myers at 520-466-9201 for a copy of the archived record.

In accordance with provisions of the Arizona Revised Statutes and the City of Eloy Charter the summarized minutes of City Council meetings are not verbatim transcripts. Pursuant to A.R.S. §38-431.02, notice is hereby given to the members of the City Council and to the general public that, at the regular meetings, the City Council may vote to go into executive session, which will not be open to the public, for legal advice and discussion with the city’s attorneys for legal advice on any item listed on the following agenda, pursuant to A.R.S. §38‑431.03(A)(3).

Open Meeting Law Compliance Material requires a listing of all locations for all public notices and agendas postings.